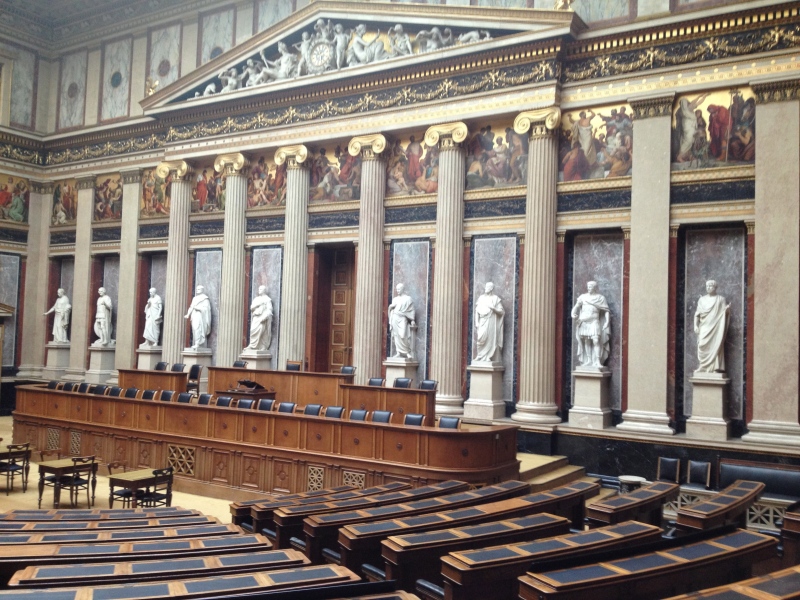 A Visit to the Austrian Parliament

One of the best parts of this study abroad program is that we get to go on lots of excursions. Vienna is a city that is fully accessible by public transportation, with the bonus of some of the major sights being within walking distance of our school. One of my favorite excursions we’ve gone on so far was with our Politics of European Integration class to the Austrian Parliament.

Austria’s government is not structured in the same way as the United States’ government. The Parliament is divided into two parts: the National Council and the Federal Council. The National Council is directly elected and has a term of five years. When elections take place, constituents do not vote for specific members of the National Council. Instead, they vote for a party. Austria has between 6 and 10 parties on the ballot each election. After the election, Parliament is formed based on the percentage breakdown of the votes–if a party receives 28%, they will have 52 out of the 183 available seats in the National Council. It is extremely uncommon that a party will win an outright majority. Because of this, parties go into coalition talks: essentially, the party with the highest percentage of votes tries to form a coalition with other parties. The sum percentage of the coalition must be a majority percentage. Once a coalition is formed, Austria officially has a government.

While that is a very basic breakdown and there are many other parts to the Austrian style of government, let’s look at some pictures from our tour of Parliament. 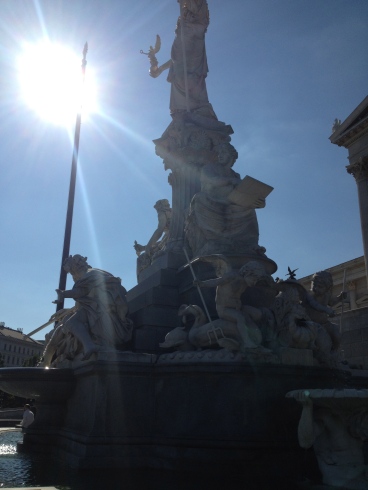 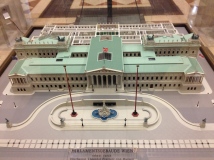 I’m such a sucker for tiny models of buildings. 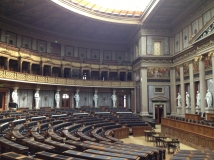 The Federal Council (aka the less important part of Parliament) meets in this fancy room. 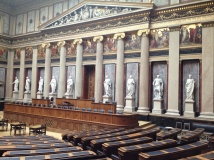 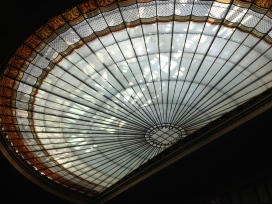 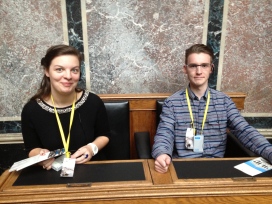 We might have had some fun sitting in the model chairs. 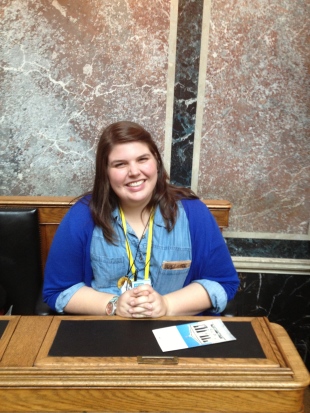 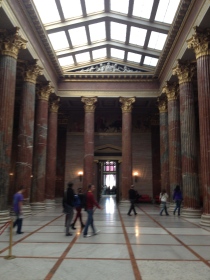 The gallery of the building. 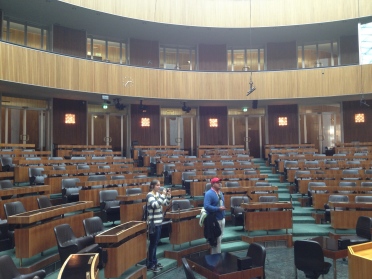 This is where all the work gets done. Too bad the National Council gets the 1950s style room.

The leaders of each party sit at the front.

They didn’t tell us what this room was for…but it’s pretty!

The flag of Vienna, then of Austria, and finally the EU. 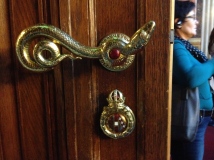 Unrelated: the door handles in this building were sweet!

We had a great time at Parliament. The building is currently in a state of deterioration but it sure was beautiful. If you’d like to learn more about Austria’s government, I suggest you read this article on Wikipedia (seriously, they cover it pretty well!).

02 Oct This entry was published on October 2, 2013 at 6:21 AM. It’s filed under Austria and tagged Austria, Austria's government, Austrian Parliament, Federal Council, government, National Council. Bookmark the permalink. Follow any comments here with the RSS feed for this post.