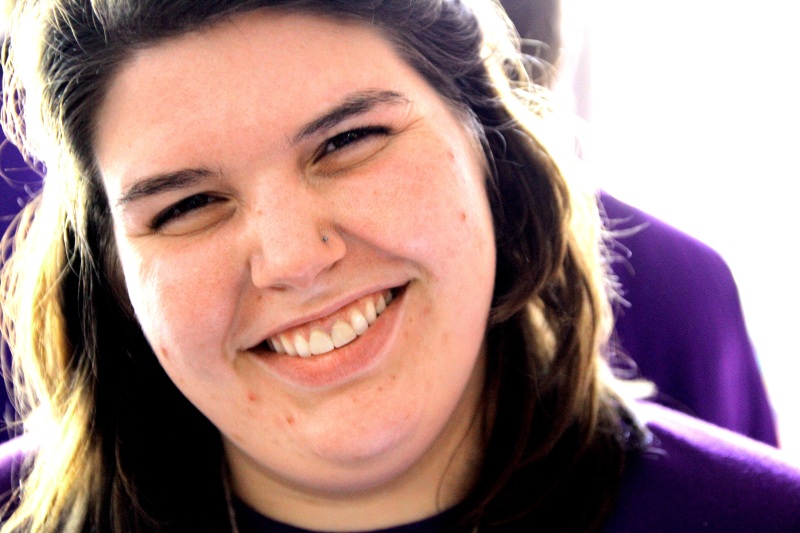 Since I’ve just started this series about musicians and their journeys, it seems appropriate to talk about the journey I know best: my own.

When I was three or four years old, my mom and I were running errands. My mom started to sing this song (it’s one of her favorites):

Now, my mom is not a singer. She can’t carry a tune. She doesn’t understand rhythm. But man, does she love to sing this song. She still sings “Country Roads” every time we get in the car, or she sings the other natural option:

Of course, being the gem of a child that I was, I had finally had enough on the day in question.

I put my hands over my ears and enthusiastically yelled, “no mommy, no!”

A few years later, my parents put me in a children’s choir. Soon after, they moved me to a private girls’ choir because I had asked to learn music theory, too. Turns out I was pretty bad at music theory, but Seattle Girls’ Choir became a huge part of my existence. I didn’t take voice lessons and I struggled to sight read, but I loved it.

When I visited Linfield, I came on Competitive Scholarship Day in the music category. I hadn’t really thought the whole “this will require an audition with three selections in different languages and from different musical periods” thing through. But there I was, in Delkin Recital Hall, singing who knows what in a bright yellow dress that was definitely not formal audition wear.

But I got second place. Sometimes things work out.

I still wasn’t going to major in music, though. When registration time came around, there weren’t many open classes, and there were even fewer that interested me. I decided to take music theory, ear training and sight singing, voice lessons, and join the choir––just for kicks, right?

Now, I’m a music major. I have lots of other interests, and those interests are keeping me at Linfield for an extra year. But I never thought that I would go on choir tours, audition for solos, or participate in NATS competitions. Somehow, majoring in music was the road I had walked on all along, albeit with a few half-hearted attempts on my part to wander into the fields instead.

Every time I perform, I feel like I am saying, “here I am. Take it for what its worth.” Next week, I’ll be a soloist with the Linfield Chamber Orchestra. It is one of the largest honors a music student can receive while at Linfield. It’s another big landmark along the road, but hopefully just one of many.

So, here’s to the rest of the journey. Mine has just begun, but I have a feeling that this country road will always lead me in the right direction.

P.S. That last clip is me, by the way. It’s from an audition cd I put together last fall. I was sick at the time, but you can only have so many recordings of yourself in your iTunes catalog before things go crazy!

07 Mar This entry was published on March 7, 2013 at 12:41 PM and is filed under Music, Musicians of Note. Bookmark the permalink. Follow any comments here with the RSS feed for this post.